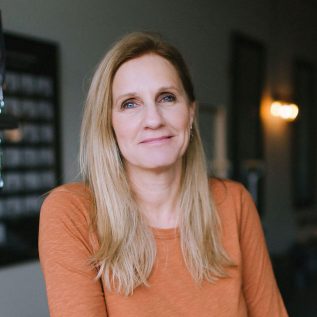 Growing up in Boulder, CO, Shelley was very active in sports but struggled constantly with injuries and chronic lower back pain. As the most injured player on her high school basketball team, she now knows the importance of regular stretching and a flexibility program. She tried Pilates in early 2001 as a means to cure her repeated running injuries and to alleviate muscle tightness. After steady practice, she discovered she was able to live pain-free and became an advocate for the Pilates Method. She worked in the corporate world for 20 years and prior to becoming a Pilates instructor, she finished up her corporate career as a computer technician and software trainer.

Going through a very rigorous and comprehensive 650-hour initial training program, she earned her Pilates certification in 2003 through Body Kinetics, under the tutelage of Master Instructor and 2nd Generation Classical Instructor, Carol Appel . After completing her training and internship at Body Kinetics in Mill Valley, CA, she opened her first studio in 2005, Pilates of Marin. Her clientele quickly grew and in 2008, she expanded, doubling the size of her previous studio. In 2009, she relocated to Oregon and in 2010, decided to sell Pilates of Marin to a trusted friend and colleague. She opened NW Core Balance in Tualatin (Portland), Oregon in 2011.

As a breast cancer survivor, Shelley has worked extensively with individuals post-cancer treatment. Undergoing two surgeries and radiation therapy treatment has truly helped Shelley to understand the physical needs of all cancer survivors.

When not teaching Pilates, Shelley enjoys mountain biking, running, snowshoeing, and spending time with her husband and two dogs.